Loving the application Disco. The app is very god, making burning very easy , yet for me it’s the ‘smoke’ feature. When the application is burning a disc virtual smoke emits from the top of the app. I felt rewarded for burning a disk by the simple mechanism of displaying a virtual representation of the process.

It seems there may be more instances of this given the rumour that Apple are going to announce similar features in Leopard.

Core Animation will allow programmers to give their applications flashy, animated interfaces. Some developers think Core Animation is so important, it will usher in the biggest changes to computer interfaces since the original Mac shipped three decades ago.

I for one am somewhat excited at the concept of pliant, responsive applications. I think that with features such as this I can see a lot of web based apps migrating back to the desktop.

Here are some screengrabs I cooked up. 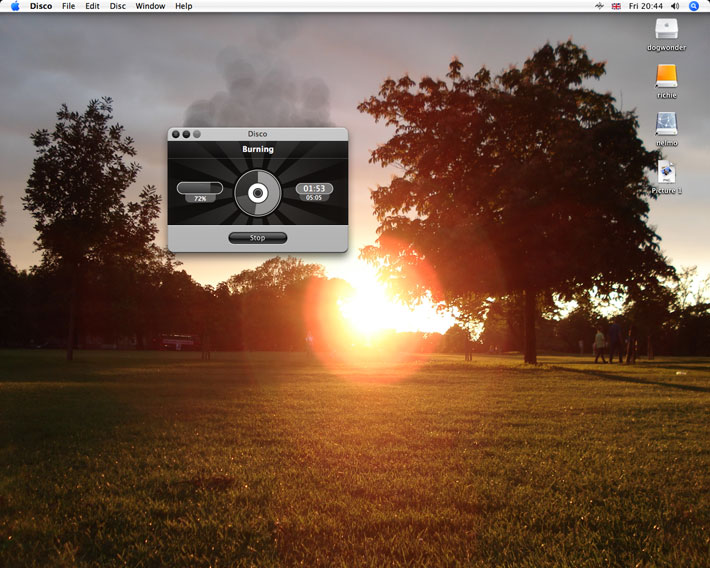 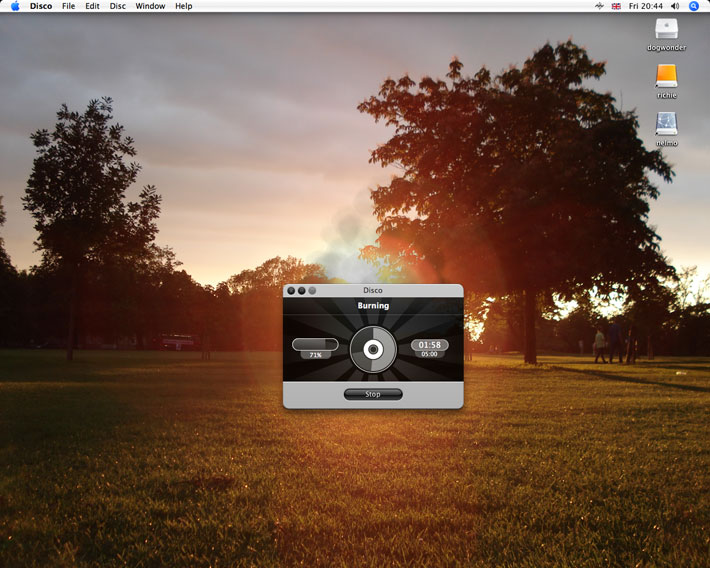 Completely forgot about artrage. It’s a painting package allowing you to make paintings digitally. Been a long time since I painted for real so found this program great to use and lots of fun. My recent effort below (I framed it separately). 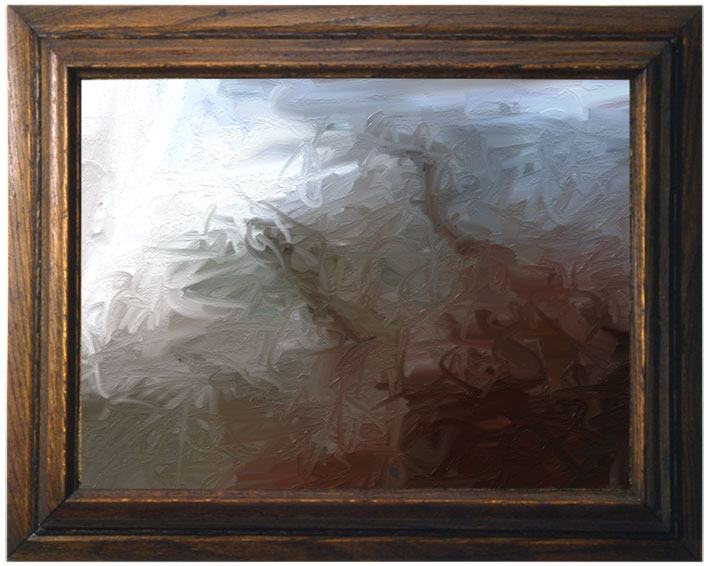