So recently there was a debate about the title UX Development, following on from a blog post by Leisa Reichelt and a response by Andy Budd. A lot of good points raised on both posts as well as in subsequent comments and tweets. I can see validity on both sides of the argument so I am not here to argue so much with either side, but simply talk about why I felt the title UX Developer suited what I do.

A little history about myself

I started working in this industry in 1999, learnt HTML/CSS and managed the design, build and evolution of a commercial site for a publisher for eight years. I also designed and built my own site as well as others on a freelance basis (such as this one in 2001, apologies for the font, not my choice, I was young. Oh and the code, ouch). I didn’t even realise I was properly a front-end developer until I started looking for a new job nearly four years ago, ofcourse I had heard the title, just didn’t realise that’s what I did. Up to this point I didn’t give much thought to titles, as I mostly worked on one site and was effectively a one-man web team.

I did indeed then become a front-end developer proper, along with some design as well. I sat in the design team and for a while I simply cut code directly from PSDs (either ones I had designed or from others’ PSDs). A little while after I started, we in the design team embarked on a journey into user-centered/user-experience design. Not because it was the cool new thing but because it made a lot of sense with designers getting more involved in the process of understanding the need, context, users and problems and creating a solution rather than just colouring in wireframes. It was a big push and took a lot of effort by my colleagues in the team.

I have always been interested in audience/user motivations and behaviours, wether it was from my art school days from the perspective of the audience reaction to my work or later as I gobbled up the writings of Alan Cooper in About Face. Involving users in the process of defining products was no brainer for me and I used some of the techniques from About Face (particularly user interviews) in the mid 2000s. In addition I read alot about the theory of perception (a top influence was Edmund Wright – Language, Perception Language and Faith) and how important it is to understand intentional perspective.

So in essence this was not something I thought I needed to get into because it (‘UX’) was what all the cool kids were doing but a natural and obvious reflection of my personal beliefs and interests (as well as a clear need for it within our professional approach).

A journey into UX

So as my company and design team colleagues started to get more involved with user research / user testing / wireframing / user journeys and the like, I wanted to get involved as well and not just be the guy that turns coloured pixels into css. I wanted to be more involved with the decisions about how the product/service/application comes to life and felt I had something to offer in this respect. So after dipping my toes in a couple of workshops and toying around with wireframes and sketching I went to UXLX in 2010, found much of what was said made a lot of sense and realised I actually did some of this naturally in my work. I read lots, learnt from colleagues, made massive mistakes and had some successes. I got more involved in the initial discovery phase through stakeholder research and end-user workshops, utilising techniques such as those written about in Gamestorming. I enjoyed it massively and found the experience really fulfilling.

When it came to me actually developing sites UX massively influenced my approach. If time was an issue for users, I would reduce the number of clicks required to get to a service. If the need was to quickly browse a complex set of information I would architect a complex hierarchical taxonomy and content types to enable the user to tailor navigation of the site to their needs. If mobile access was a need I would ensure responsive design was a part of the build. It often was small details like ensuring the button in the header was just a few pixels bigger to ensure that users can actually click it without overshooting with their mouse. Increasingly I am using advanced CSS3 and HTML5 techniques that wouldn’t necessarily be represented on a sketch, wireframe or PSD. It might even just be a simple CSS property or HTML attribute:

Whatever the need, I like to think these methods enhance the user experience and in some cases are essential, for example image attributes for where the user is visually impaired or responsive design for mobile usage.

In addition I do quite a bit of WordPress development, If I install a bunch of plugins that means the load time of the site is 5 seconds, does that affect the user experience? I think so. We might do the perfect discovery and design phase, but if the do phase ends up meaning the user has to wait 5 seconds for a page to load all that previous good work can be invalidated.

So what we do in the development phase is essential as a part of the UX gestalt, infact bringing development into the discovery phase early on can ensure we make technical decisions and start the solution early, more informed and ensure the end result is likely to align with the original needs and expectations. Sometimes it’s simply advisory, ‘is feature x viable?’, other times it’s essential to be involved in the early phases and workshops to properly realise user needs. Even if it’s to ensure the vision is carried through the implementation phase and not diluted by technical limitations or extended throughout an application where wireframes don’t go (404 pages, user notifications, admin systems). As was mentioned in the comments on Andy Budd’s piece ‘long after a user-experience designer has left the project’. Maybe people that ‘dabble’ in UX as developers might just ensure the end solution matches the initial need more directly that if we try and separate out the roles too much. Maybe we don’t need to reflect that in their titles, but certainly we need to reflect that UX is not the domain of designers only.

So that’s what I think, maybe there aren’t many of us that run workshops, perform user research & testing as well as building websites. So maybe ‘UX developer’ is a niche term or clunky combination of skills, or yes, yet another UX title to add to the growing hoard:

But for me, I wanted to ensure my title reflected the fact I do both. Other titles I considered put me too firmly in one camp – designer (or UX) or developer, leading to perception that I either don’t understand UX or Development. I want to span them both as in my experience this often produces the best outcomes when any technical implementation is required in a project (esp. as the scale of the project increases).

If anything I intend to take this role’s definition further, utilising UX principles further into development (consider an activity stream algorithm that considers more user context and need?) as well as consultancy (devising training programs for users or informing strategic thinking?). I am a strong believer in cross-team collaboration and see my role as being able to further encourage that through the lens of UX.

When I started out in this industry we pretty much just had web designer and web master, neither of those reflected what I did then, not many do now. But ‘UX Developer’ is the closest thing to what I do, so I am going to stick with it for now.

Click to see the animated gif, as I made it a bit large to display right here – 32mb – ooops 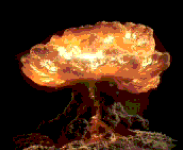 Especially now I know you can create them via the command line and ffmpeg.