Hello blog, been a while
Only a login away yet seemingly far
Best I can do is 140char

Wow, talk about re-inventing the wheel:

The launch title, UNMASKED by Nicola Cornick, a Regency-set historical available from www.eBooks.eHarlequin.com, has been enriched with interactive buttons that hyperlink to Web sites containing photos, historical commentaries, illustrations, sound effects, maps, articles and more, bringing the world of the novel to life without the reader having to leave the computer or the current screen page. The interactive buttons have been designed to be unobtrusive, so if one prefers not to access the bonus material, the reading experience remains uninterrupted

So the solution – also from Jeff Jarvis:

Cover what you do best. Link to the rest.

Or even don’t try and link to the rest by re-imagining the concept of the link – you know that thing that makes the internet kinda what it is, the underliny bit that doesn’t require a separate button and new idiom for users to learn.

Quite amusing that the press-release contains examples of the more usual way of linking to other sources rather than these snazzy buttons.

Seems to have got to that point where I am not sure what the purpose of this blog is or should be, not that it mattered before, well maybe a little but I seem to be finding many more ways of spreading my digital love. I guess this site can be about aggregating that information and I have started doing that, well things to think about certainly.

Is Google Making Us Stupid?

Bruce Friedman, who blogs regularly about the use of computers in medicine, also has described how the Internet has altered his mental habits. â€œI now have almost totally lost the ability to read and absorb a longish article on the web or in print,â€ he wrote earlier this year. A pathologist who has long been on the faculty of the University of Michigan Medical School, Friedman elaborated on his comment in a telephone conversation with me. His thinking, he said, has taken on a â€œstaccatoâ€ quality, reflecting the way he quickly scans short passages of text from many sources online. â€œI canâ€™t read War and Peace anymore,â€ he admitted. â€œIâ€™ve lost the ability to do that. Even a blog post of more than three or four paragraphs is too much to absorb. I skim it.â€

Seems like a great article but unfortunately I couldn’t take it all in ;).

Twitter’s not working, gah. Back to macro-blog

He wouldn’t have needed a pill. 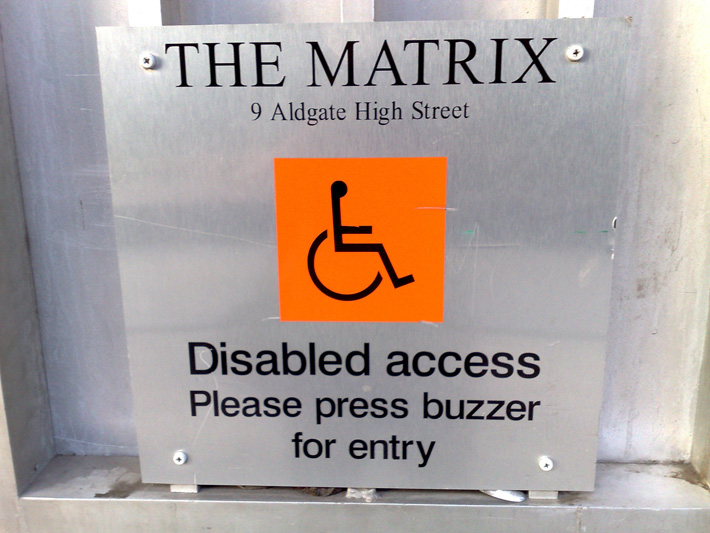 Just saw this in the ‘From the Blogs’ section of the Grauniad Review. It references and then rips apart a blog post based on an article from the Times suggesting that ‘Internet book piracy will drive authors to stop writing’.

Book piracy on the internet will ultimately drive authors to stop writing unless radical methods are devised to compensate them for lost sales.

This is the bleak forecast of the Society of Authors, which represents more than 8,500 professional writers in the UK and believes that the havoc caused to the music business by illegal downloading is beginning to envelop the book trade.

When oh when will many of the internet bashers make the rather simple realisation that they are arguing about the death of formats or systems or revenue streams not the death of mediums. I really don’t think it is helpful to suggest people will stop writing or making music. Sure some will (maybe because renumeration is more important than self-expression??), but you know what, there will be an army of others to happily replace them. Ones armed with the relevant tools to make it in an interconnected world.

DO NOT CONFUSE THIS WITH THE MEDIUM ITSELF DYING!! (sorry, for the internet shouting)

And I think I have a clue why writing will not die. The article talking about the death of writing, is….wait for it….written! Ee gads! Inherent post-modern feedback-loop?? (i.e. trying to prove a concept by saying it over and over, it MUST then be true, irrelevant of it’s own self-destructing argument – or something similarly oblique and Baudrillard-esque )

â€œItâ€™s hitting hardest the writers who write books that you dip in and out of: poetry, cookbooks, travel guides, short stories â€“ books where you donâ€™t have to read the whole thing.

Now I am sorry, but when was it a god given right that certain formats such as the travel guides and cookbooks must survive. If the internet does it better and for free then that’s the situation, deal with it and adapt. Recipes existed for free for quite some time before Mrs Beeton. I get most of my recipes and food info from some great websites that seem to be doing rather well, okay maybe not paid great, but that doesn’t appear to be stopping them.

I agree there is an issue with how to sustain business models in the face of the most efficient distribution mechanism ever seem, but I may be naive but I am not too sure I care (or more accurately think, then adapt, the internet is not going away). The internet seems to be making many millions of peoples life’s richer beyond money. And let’s face it the last ten/twenty years of insane monetary growth seems to have mostly gone to a very small % of people or shareholders, so I find the argument that this may not continue a little meek. Especially as with the music industry they try to use the doomsday suggestion that unless you keep the current business model in existence then the entire medium will die.

Yes piracy is an issue (kind of always has been arrrrrrr), but you know if you allow people the tools to enable usage and payment for content, some of them might just pay you (and some won’t, again as they always have with cassette tapes, borrowing books, second hand books etc. and etc.). We can then make sure that money goes to the people that deserve it most, the creators, not the systems or trying to prop up formats that are really just not going to survive.

But we can’t pay for what doesn’t exist or is in a crappy format (DRM’d bloatware).

Not very cool that the last two posts seem to span two major releases of wordpress. But hey, what the hell.

Finally got round to upgrading to WordPress 2.3.3, yey, not quite sure what all the fuss is about regarding the fairly tame square off between WP 2.5 and MT 4.

Personally I like WordPress, I feel like I have more control over the system (from a direct access point of view) – that may not be correct, but that’s my perception. MT seems like a great content management system as does WP, they have both have their advantages as well as disadvantages.

How very Grauniad of me….

Oh and finally got the tags sorted out, been using Ultimate Tag Warrior for some time, but got my db in a horrible mess with some posts only having categories and others only having tags, or both. Now just tags, hmmmm, tags.

Anyway here’s a panoramic picture of Croyde, Devon. I tried at first to use the CS3 auto-adjust and auto-blend, it really didn’t work. So just did it by eye, ho hum. Guess there are just some things that can’t really be automated. And yes, I know it’s the wrong way round, but feeling dangerous today.

Done this before but got a couple more to add: